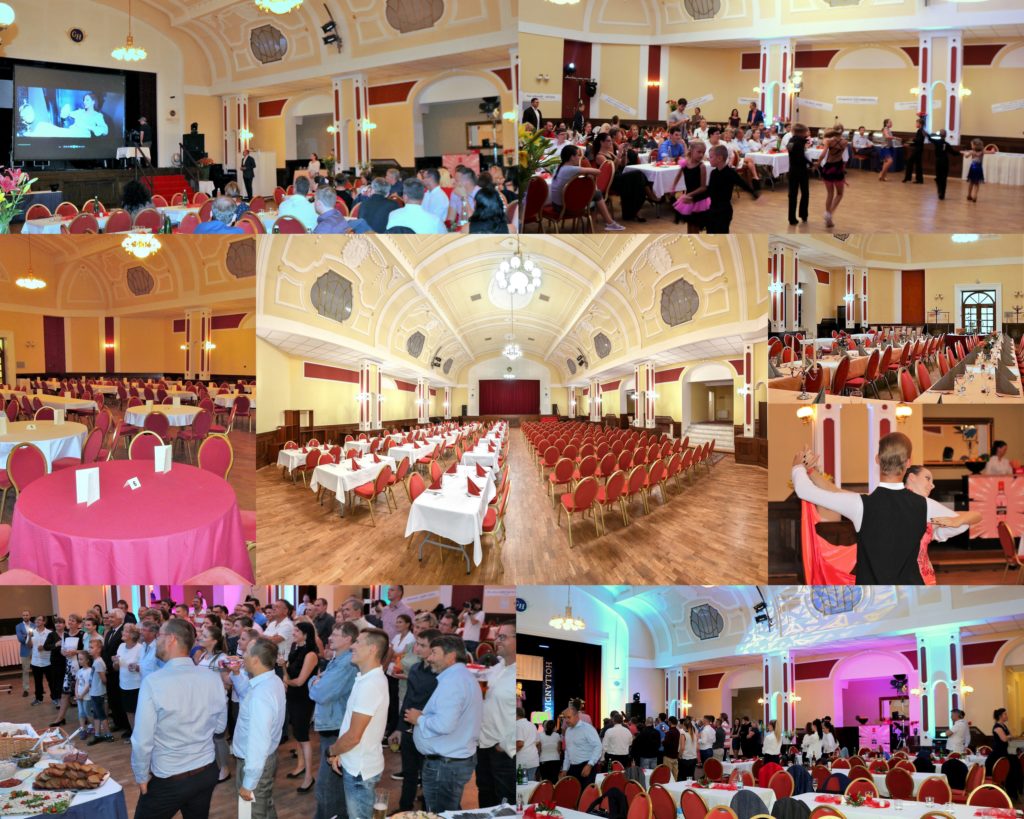 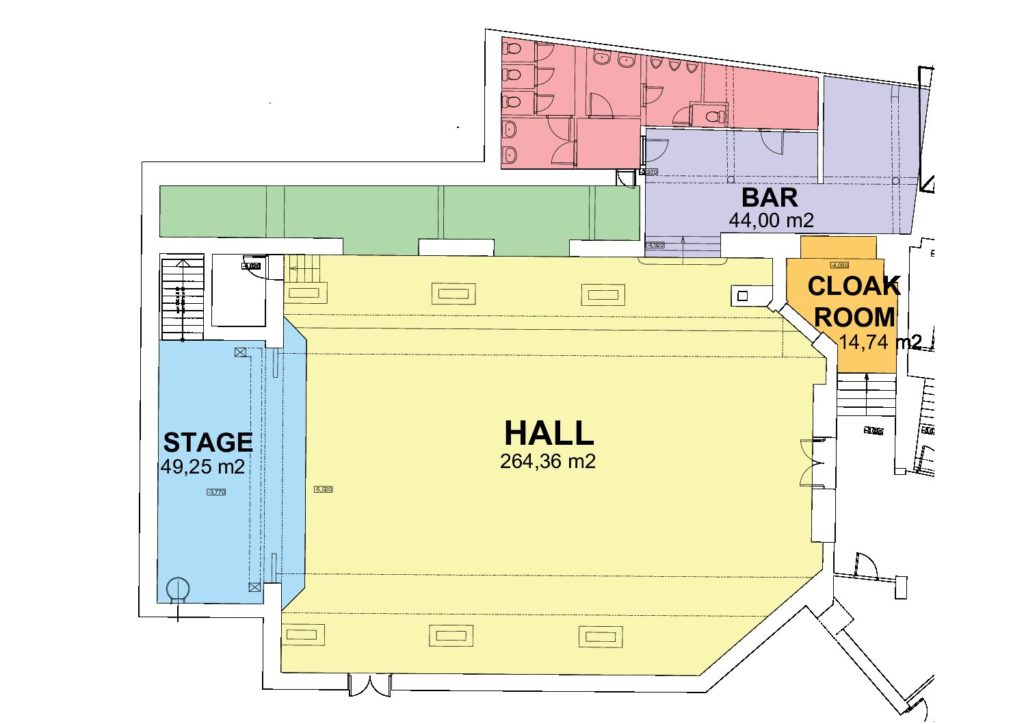 The grand hall “Divadlo Giuseppe Verdi” is part of the Hotel Continental building, which was constructed a little before 1890 by Mr. Anton Kolbenschlag and named as Hotel Kolbenschlag. Before the Second World War the grand hall was used for culture, politics or sports. Here took place various celebrations, theater performances, variety shows, general meetings and the local gymnastics association’s exercises at the end of every year.
In 1932 the Czech journalist Jaro Miškovský wrote about the Continental grand hall in one of his short stories. After the war the trumpeter Ladislav Zita and his big orchestra were used to play in the grand hall at the habitual dancing parties, attended by soldiers, uranium miners and girls from the nearby villages. Since 1967, the grand hall was known as cinema-cafe SLOVAN.
Today Divadlo Giuseppe Verdi is owned by the company Garzotto Hotels & Resorts and can be rented for graduation and other balls, parties, concerts, exhibitions, fashion shows, conferences, congresses, film shootings and more. 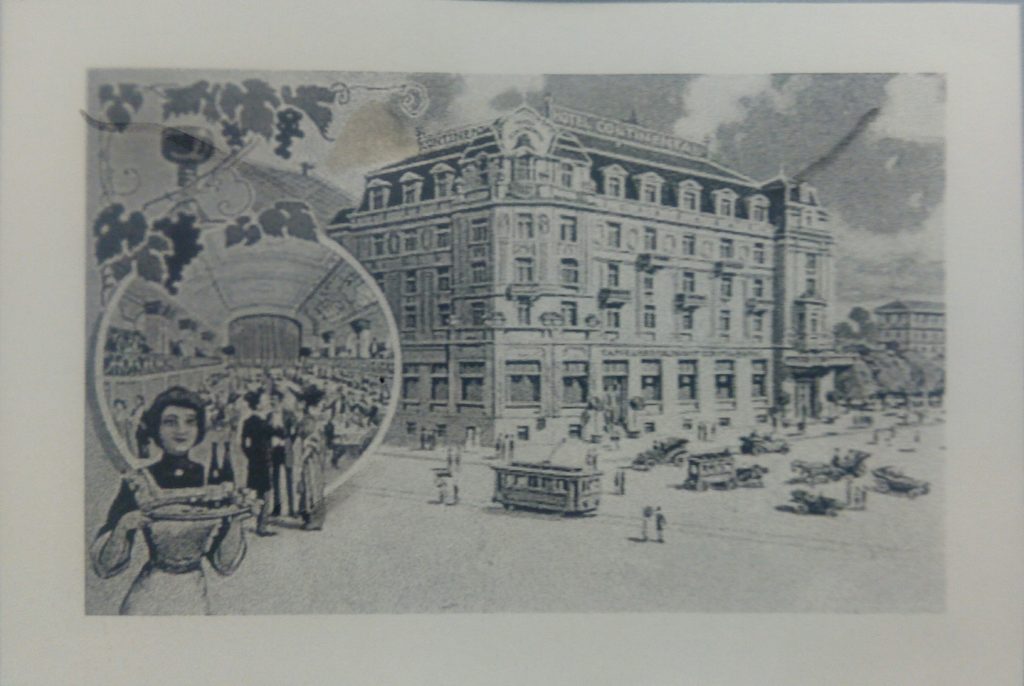